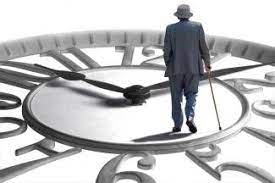 MBRF Trustee, Patricia Boyle, PhD, was recently featured in a Medpage Today article detailing a study she co-authored showing cognitive age, as assessed by a novel tool known as a “cognitive clock,” predicted adverse health outcomes better than chronological age. The “cognitive clock”: A novel indicator of brain health was recently published by Alzheimer’s & Dementia, the journal of the Alzheimer’s Association.

A measure of cognitive performance, cognitive age was a strong prognostic indicator of dementia, mild cognitive impairment, and mortality, and was associated more strongly with neuropathology and brain atrophy than chronological age, reported Dr. Boyle.

“Alzheimer’s and other diseases of the brain accumulate slowly over time as people get older. Age is widely recognized as the main risk factor for Alzheimer’s disease, but it’s a very imperfect predictor, since not everyone develops dementia as they age.

The cognitive clock provides a specific estimate of cognitive age and can help detect who’s at highest risk of developing cognitive impairment in the coming years. For some people, cognition remains fairly stable as they age, but, for others, cognition declines slowly over time, and still others show steep declines.”

Dr. Patricia Boyle, MBRF Trustee, Professor of Behavioral Sciences and Psychiatry and a neuropsychologist with the Rush Alzheimer’s Disease Center in Chicago

To construct the cognitive clock, Boyle and colleagues used long-term cognitive testing data from three studies: the Rush Memory and Aging Project of people who had lived in greater Chicago, the Religious Orders Study of older Catholic clergy from across the U.S., and the Chicago Health and Aging Project, a biracial population-based study.

A total of 1,057 deceased participants in the Memory and Aging Project and the Religious Orders Study with no cognitive impairment at baseline had yearly cognitive assessments including the Mini-Mental State Exam (MMSE) for up to 24 years. Participants also had medical history assessments, neurologic examinations, neurocognitive tests, and brain autopsy.

“It is very difficult to develop a test or biomarker that accurately predicts health outcomes on an individual level. This has been a longstanding challenge in aging research. However, we are hoping that with additional research and validation, we may be able to extend the approach applied here to clinical settings.”