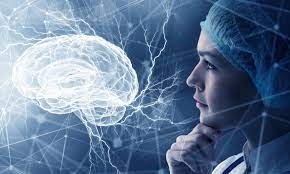 The article details the MBRF and AFAR’s efforts to balance funding designated for specific neurological disease states (such as Alzheimer’s disease and other forms of dementia) and funding for investigating the normal aging process itself, which is more universal in impact. With people living longer, the effects of age-related cognitive decline are expected to adversely impact millions of individual’s quality of life and significantly tax the public healthcare system.

Offering background on the McKnight Brain Research Foundation’s more than 20-year history and highlighting what sets the organization apart from other funders in the field, Dr. Lee Dockery said, “Our focus is on how to permit people to remain cognitively healthy for as long as they can. We’re the only organization that differentiates age-related cognitive decline and memory loss from other neurodegenerative disorders.”

MBRF Trustee, Dr. Madhav Thambisetty, said he’s seen significant progress in the cognitive aging field since joining the MBRF Board seven years ago, noting the biggest challenge facing the field then was distinguishing between normal cognitive aging and Alzheimer’s disease.

“We are now at the stage where we may have relatively noninvasive, highly accurate tests that allow us to make the distinction between who has pathology in their brain, who’s likely to have Alzheimer’s disease, and who may not have the telltale pathological signs of the disease.”

“So many of the breakthroughs we’ve seen took years to be developed with support from the private sector. It doesn’t happen overnight. That’s just the nature of research.”

Read the full article on the Inside Philanthropy website.

*Note: an Inside Philanthropy subscription is required to access the full article.